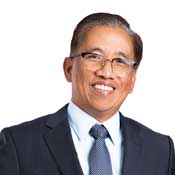 The Duterte administration already made a call for the revitalization of the mining industry towards the end of 2020, so perhaps what we would like to see for the remainder of the President’s term is a follow-through on that call. Already, we have seen the issuance of Executive Order No. 130 lifting the suspension on new mining agreements, and we hope that the lifting of the ban on the open pit mining method would follow suit.

What I would like to see in the next administration, which I feel will be friendlier to mining, are the following: the harmonization of national and municipal laws; the harmonization of mining law and the law on indigenous peoples; and the relaxation of the foreign ownership restrictions in the Constitution to the extent possible that is comparable to other countries where mining industry is a major contributor to the economic development. 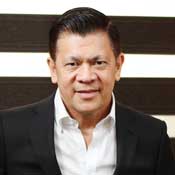 Immediacy of purpose… I think, given that we’re probably just about 12 months away, even less, from the next election and from transitioning to the next administration, focus should really be [on] pulling this country out of this pandemic in a strong manner as possible.

I think that should be the focus, really pulling us out of the pandemic through a very efficient and I guess urgent attention on the vaccination program.

As that happens, run in parallel programs that would facilitate the opening up of the economy. 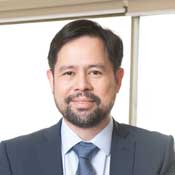 We still have some structural reforms to do like lifting ownership restrictions in order to liberalize investments in the mining industry, establishing one stop shops for all the needed permits and clearances, delineating clearly areas open for mining investments, allot more budget for concerned regulatory agencies to hire more mining engineers, geologists and other experts or technical persons to assist the mining industry in elevating the levels of compliance, help design practices that are best-fit to our country (not simply adopting best practices elsewhere) and engage all other stakeholders in order to make the mining industry more sustainable. 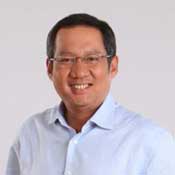 About 90% of the right-of-way issues are involving private lands, so one of our asks from the SONA of the President is hopefully, the telecom infrastructure will be considered as one of the critical infrastructures of the government just like roads, bridges, and airports. If it’s the government that is going to do the eminent domain or the expropriation for us, then that would save us a lot of time.

The Bayanihan II has a sunset provision. It’s only good for three years. It will end in 2023. We hope that the President can make the provision on the infrastructure, particularly on the telecoms side permanent.

We are also asking the NTC and the government to lower the spectrum user fees and the station licenses fees. For Globe alone, we are paying billions of pesos for these fees. As we have known already, the United Nations has declared the internet access as a basic human right, so how can we give universal access if we are impeded by higher fees for giving internet to everyone?

We are asking the WiFi frequencies to be free already, because WiFi is supposed to be a public use so dapat libre. Hindi na kami dapat sinisingil ng gobyerno when we use the WiFi spectrum.

We have also asked Congress to amend the Building Code of the Philippines to allow telcos to be part of the master plan in building construction.

Right now, under the building code, the contractor, before constructing the building, they have to have provision already for the electricity and water. We hope that internet and telecom will also be considered as such. It should be mandatory. 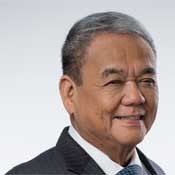 Grid connectivity and flexibility should be another focus area. This will stabilize our power supply and at the same time lower missionary electrification subsidies.

All contractors were hit hard by the pandemic. The lockdowns and quarantine restrictions drained their productivity and capital. Government should speed up its infrastructure modernization program to help the industry recover faster.

They should also defer the entry of 100% foreign-owned construction companies. While large contractors can directly compete with these firms, the same cannot be said for small and medium-sized Filipino contractors.

Reduction of red tape. RA 11032 (Ease of Doing Business and Efficient Government Service Delivery Act of 2018) is a step in the right direction. Hopefully, it will be strictly implemented in all government agencies and local government units.

The bureaucracy should also be strengthened to meet the changing business environment. This could include more specialized trainings, upskilling, digitization and better talent acquisition. Boosting the competency and efficiency of the public sector will allow more businesses to grow and contribute to the economy.

Government needs to change its approach to managing the pandemic. Restricting mobility, capacity and business activities is not sustainable. 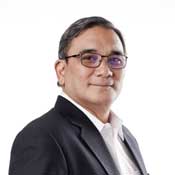 The President should continue the reforms that his administration has started most specially in the passing of the law that will establish the Department of Water and/or a Water Regulatory Commission. This will surely address the country’s fragmented water regulatory framework and align the various competing agencies and prevent dysfunctional behaviors and less than favorable outcomes.

The implementation of the much-awaited Kaliwa or New Centennial Dam Project must be pursued with expediency. Metro Manila needs an alternative water source to the 60-year-old Angat Dam which currently supply 90% of the Metro Manila customers. This new major water source will greatly mitigate the challenges of climate change. 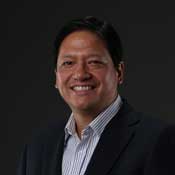 I hope that there will still be follow-through with respect to the policies that promote renewables and sustainability.

The government has pushed certain policies that were in place already for renewables, particularly through the renewable portfolio standards (RPS). I think what’s still missing there is the adjustment of the annual increment of the RPS law from what it is today, which is 1% annual increment. The industry estimates that that 1% needs to be moved, increased to at least 2.5%.

There’s (also) the green energy option program (where) there’s an opportunity to lower the threshold, right now it’s 100 kilowatts. It would be good to lower that threshold over time so that more customers will be able to purchase green energy.

The third one is the green energy auction. If the government can do at least one real auction prior to the handover next year, it will be great. At least we build some momentum.

The next thing, I think top of mind for everyone, it’s still fresh in our minds, it’s this so-called surprise about the tightness in the supply situation in the industry and in the power sector. We want to make sure that we have ample reserves in the system. At the end of the day, I think it’s all about enforcement as well. Now, the implementation of the reserve market so I think that will solve a lot of things. That will encourage players to invest in ancillary or reserve capacity.

It’s also important to look at the medium term. We cannot just look at the long-term view which people have been looking at 2030, 2040. 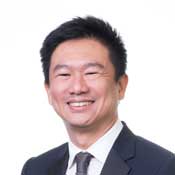 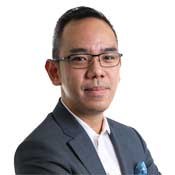 Under this administration, the industry became very progressive. All these new products that I mentioned, and some that I did not such as E-Sabong had to undergo a very strict compliance and regulatory scrutiny by the regulator before they are allowed and it has proven successful because of the growth in taxes both pre and pandemic. All these were nonexistent before this administration.

I hope to see more of these forward-thinking innovations that both the private sector and government are willing to explore as well as tightening up regulation between several agencies in the private sector such as operators to service providers, including telecommunications, ISPs and other government agencies perhaps NTC and even the police to step up to help enforce lawful gaming. More regulation is the way forward to our industry. 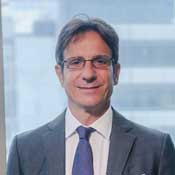 Just as scientists exercised their scientific methods in real time as the pandemic drew on, policy makers are also exercising their best discretion to adjust to pandemic conditions that are constantly changing. What I would hope to see not only in the final year of this term, but also throughout the following one, is a continuation of all the most objective and best-considered rationales for policy as it is tasked with keeping abreast of changing conditions.

Rates of vaccination are increasing, and I believe we can expect this to help all aspects of life to return to more normalcy. As they say, ‘a rising tide lifts all boats,’ and I think that improvements not only in vaccination, but also in other modes of pandemic-mitigation, like public awareness and preparedness, will benefit all industries and all aspects of life. 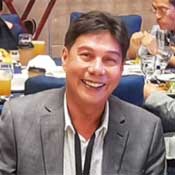 The government can extend protection to us, the small operators, who had pioneered and sacrificed during the initial years of communication in this country. The big telcos should no longer operate in the areas of coverage where small operators are operating. I am not saying that we should not have competition. What I am saying is there should be proper regulation by the government, more particularly the National Telecommunications Commission.

The NTC can first and foremost check on the CPCN of these big telcos… These telcos have nationwide franchises, meaning to say Congress has granted them that privilege to operate. But for regulatory purposes, they are still required to secure CPCN. To my knowledge, there are areas where big telcos operate without a CPCN. 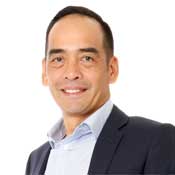 We are looking forward to the implementation of solutions and improvements brought up in the recent hearings related to our current power situation. The sooner we are able to resolve the issues at hand, the better for our country’s energy development and most importantly, for our consumers.” 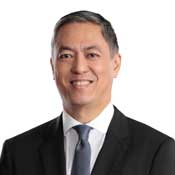 We would like to see this government sustain its campaign against illicit cigarettes which deprives the government of much needed revenues and undermines public health objectives. The passage of Bayanihan III will be a big help to our countrymen reeling from the effects of the COVID pandemic. As COVID vaccines begin to arrive in bulk, I expect the administration to speed up the pace of its nationwide vaccination program and hopefully, we can acquire herd immunity before the President steps down.

Vaccination is the answer and the government cannot do it alone. The private sector is here to help and partner with the government. Civil society has a role to play too in bringing down vaccination hesitancy. Every Filipino has a role. We all need to observe health and safety protocols and get ourselves vaccinated.

What happens without PAL’s ultra-long-haul flights?

What happens without PAL’s ultra-long-haul flights?