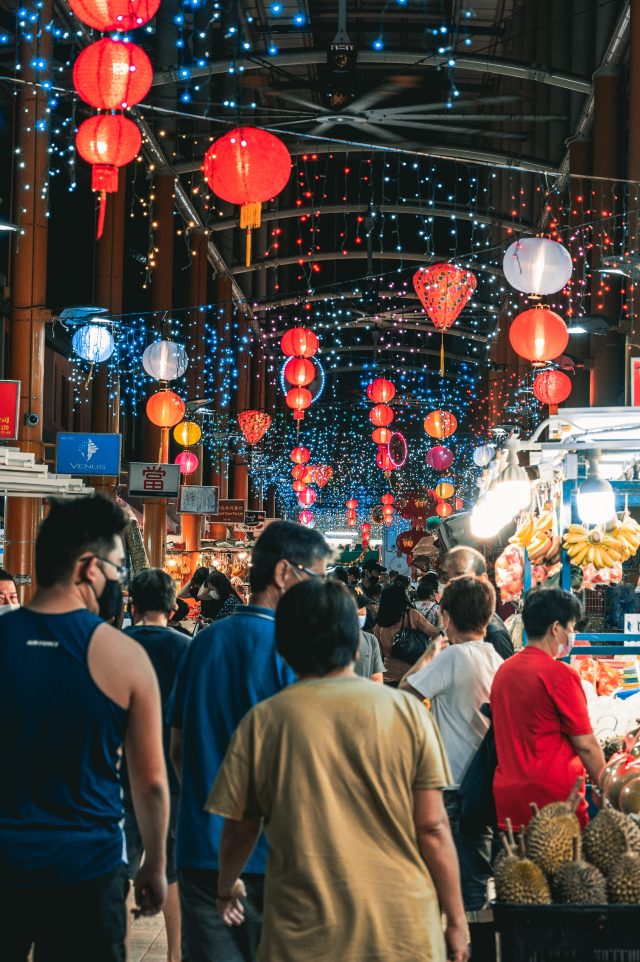 IT WAS JUST a matter of time before Singapore’s commitment to live with COVID-19 would be tested. The only surprise is how quickly that moment came and how avoidable it was.

On Friday, Singapore announced it would tighten certain social-distancing measures and ramp up contact tracing and testing to contain a cluster that started at a karaoke lounge. The Ministry of Health said the outbreak will delay reopening plans, which could be rolled back significantly if virus numbers surge.

The announcement came just days after a range of restrictions had eased, and weeks after the government announced its intention to shift from a “Zero COVID” strategy to what the ministry called a “new normal.” For risk-averse Singapore, it promised to be a significant step, focusing on the number of severe cases rather than total infections, as vaccination rates steadily climb.

The government’s instinct do whatever it takes to curb this outbreak certainly has merit. The number of locally transmitted cases had risen to 88 on Sunday from eight on July 12, when the ministry identified the cluster, which has infected 173 people and put thousands in quarantine. Other clusters have since emerged at a wholesale fish market and local food centers.

Yet there’s little indication that the latest measures are informed by the government’s new guiding philosophy, even if the country hasn’t hit its vaccination target. Just one elderly patient is in the intensive care unit for COVID, and five cases require oxygen supplementation. With 1,000 ICU beds set aside for coronavirus patients as of July 16 and 242 people currently in the hospital for the virus, facilities are not at the point of being overwhelmed.

The latest turn of events appears to be another example of Singapore’s impulse to micromanage its pandemic response with a meticulous curation of dos and more often don’ts. (A friend who recently gave birth told me that the hospital urged her to wear a mask during labor.) It’s the inability to see the bigger picture that has become the country’s Achilles’ heel time and again.

Some of the most recent guidelines involve mind-bending permutations of permitted social gatherings, which have triggered an outpouring of questions among residents. In response to a Facebook post by Lawrence Wong, the finance minister who co-chairs the COVID task force, one commenter wrote, “The more complicated are rules, the more difficult is the enforcement.” And another: “Honestly, there are just too many variables and [the new rules have] caused much confusion.”

Meanwhile, requirements for restaurants to verify the vaccination status of patrons have many business owners worried whether they are equipped to perform thorough-enough checks at the expense of getting shut down or fined. The lack of specifics comes as a surprise, given Singapore’s inclination to over-plan, as my colleague Daniel Moss has written.

It’s enough to make residents wonder whether the missed signals that led to the so-called KTV cluster amount to a lack of foresight or willful blindness. KTV lounges are karaoke bars that were technically operating as food and beverage establishments during the pandemic, when nightlife venues were shut down. Typically out of sight behind heavily tinted glass or soundproof doors, KTV hostesses often greet patrons mask-free, according to the Straits Times, ushering them into a room for 30 minutes of groping, before they “butterfly” to new customers. The women, many of them unvaccinated, split their time between multiple patrons and sometimes multiple locations. Customers, too, hop between lounges, according to the newspaper. In short, a potential super-spreader event night after night after night.

In response, the government has suspended hundreds of nightlife venues for two weeks, and police have arrested 29 women. Ten of them, aged 21 to 34, were labeled “undesirable immigrants” by officials and have had their short-term visit and work passes canceled, according to the Straits Times. They will be deported.

This dramatic outcome was not inevitable. Nightclubs that transitioned to restaurants should have been flooded with oversight from the start. Instead, social-distancing ambassadors busied themselves at United Square and Tanglin Mall, ensuring toddlers and teenagers didn’t bump into each other on the way to violin class or math tutoring. Singapore has been tightening rules for foreign workers and carefully monitoring its borders. How did it manage to lose track of its short-term visitors?

This isn’t Singapore’s first blind spot. In the early months of the pandemic, schools and businesses remained open, Singaporeans roamed the city mask-free and COVID remained under control. That stasis disintegrated, however, after an outbreak in migrant worker dorms, where hundreds of thousands of laborers live crammed in close quarters and one toilet can suffice for 15 people. The virus spread like wildfire, all while the rest of the city fretted over whether they were washing their hands for 30 seconds and complained about the clunkiness of remote learning — myself included.

Singapore has a compliant population, which has made its draconian restrictions effective at tackling COVID. But its people are now weary and frustrated. To successfully transition to living with the virus, it’s critical to pre-empt the obvious hazards. Too much caution does little good once you’ve already stumbled.

What To Consider When Picking Internal Communication Tools

Getting to Know You: The Directors of Camp Wahanowin, Toronto, Ontario

10 Advantages of Setting Up a Limited Company

Tips for Improving Your Site’s User Experience in 2022

User experience (UX) on a website is the equivalent of customer service at a brick-and-mortar store. It...

How Do Both Consumers and Brands Influence the Eco-Trend?

How to Create Custom Home Screen on iPhone on iOS 15

What To Consider When Picking Internal Communication Tools