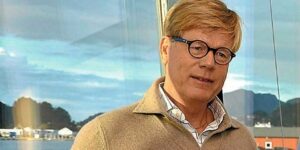 Tugushev came to London in 2018 to sue Roth and his business partners, including Vitaly Orlov, for a share of Norebo, the leading Russian fishing group. Tugushev claims to be owed a third of the prosperous Russian company on the basis of informal agreements allegedly made in 1997, long before Norebo was founded.

Countering Tugushev’s claim last week, counsel for Orlov told the High Court in London last week that Tugushev formally relinquished any interests in the fishing industry when he took up a position in 2003 as Deputy Chairman of the Russian Fisheries Committee.

Documents supporting Christopher Pymont QC’s case last week showed that Tugushev’s ‘misjudged and short‐lived career as a corrupt public servant’ came to an end in 2007, when he was sentenced to six years in prison for fraud, having taken bribes from fishing companies in exchange for granting fish quotas.

Following Tugushev’s release from prison, it is alleged that he sought unsuccessfully to find a role for himself in the Russian fishing industry. With Russian industry much reformed since the 1990s and early 2000s, court documents suggest that Tugushev’s talents for bribery and working contacts were less valuable.

Facing further prosecutions for fraud in Russia, Tugushev moved to the UK and brought legal claims against Roth and Orlov, who had founded Norebo while he was in prison, and turned it in to a world-class fishing concern. In a further complication detailed by Christopher Pymont QC last week, Russian authorities are now investigating how Tugushev came to access some of the documents on which his claim rests. When Tugushev presented documents to the UK court containing non-public information on Norebo, the company instituted proceedings in Russia on the basis that the documents must have been stolen.

With the Russian fraud charge, an investigation into stolen documents, and a complex claim in London, Tugushev is fighting interrelated legal battles on three fronts. With no apparent current business interests of his own, Tugushev’s claim and his legal fees are supported by unknown backers through a litigation funding agreement. 17Arm, a company apparently established purely to finance this case, has already provided £7.8 million to cover the costs of the London case. The ultimate source of these funds remains unknown to the court and to the UK authorities.

Roth, now elderly and, according to court documents, in poor health, has long sought to extricate himself from the dispute and from any association with Tugushev. Roth sold his shares in Norebo to Orlov, in a move, according to Orlov’s lawyers, designed to extricate him from the claim. Like Orlov, he has denied the existence of any agreement granting Tugushev rights in relation to Norebo, and also challenged the UK’s jurisdiction, on the basis that the case concerns a Russian company and only Tugushev is resident in the UK.

The details of the settlement will remain confidential, but one can only imagine it was substantial, given the original claim of £350 million. Roth’s change of heart may reflect the phenomenon of ‘litigation fatigue’, whereby long running cases exhaust the funds and energy of litigants, encouraging them to settle out of court.

In any case, the financial proceeds of the settlement will provide a payday for Tugushev’s backers, ensuring that the London claim can continue, now largely focused on Vitaly Orlov as the target. The case is set to rumble on for some time yet, with a 16 week hearing scheduled for the first half of 2022, subject to events in the related cases.

The Benefits of buying Instagram followers in Australia or in Canada

Opportunities to Study in the US for Belizeans

Basic matters to Consider When Separating

All the President’s words: Remembering PNoy through his speeches

How To Get Better Grammar By Doing Less

The Benefits of buying Instagram followers in Australia or in Canada

Digital marketing is no longer the future, it’s the here and now. Find out how buying...

Opportunities to Study in the US for Belizeans

All the President’s words: Remembering PNoy through his speeches