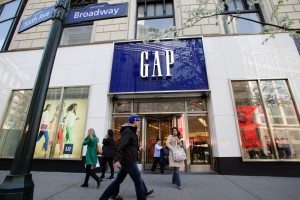 Hundreds more retail jobs are expected to be lost after Gap said that it would shut 19 stores as part of a continuing review of its UK operations.

The American clothing brand will have just over 50 stores in the UK after the latest closures. The retailer is exploring whether to become an online-only business in Europe after announcing last autumn that it was considering shifting to a franchise model.

In February The Times reported that landlords were pushing back on Gap’s attempts to break lease contracts early. A property source said the 19 shop closures were lease expiries that had been agreed at the start of the year and there was huge uncertainty. “It’s still a ‘will they, won’t they’ keep trading in the UK, even online. They are being so secretive.”

Gap has secured partnership deals in France and Italy but has not yet confirmed a franchise deal for the UK and Ireland. A spokesman said only: “We are keen to maintain a presence in Europe. While we continue to look at different operating models for our UK and Republic of Ireland business, customers may continue shopping Gap online or at one of our other 50-plus Gap stores.”

Gap, founded in San Francisco in 1969, remains America’s largest specialty clothing retailer but has been faltering during a shift away from shopping malls. Its UK business reported a 9.5 per cent fall in shop sales to £195.1 million and operating losses of £40.7 million in the year to February 1, 2020.

Russia forecasts export gas price will more than double in 2022