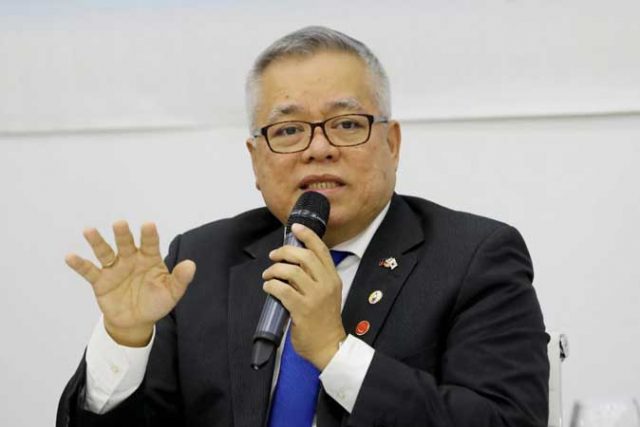 The Trade department said Friday that it is considering making a proposal to establish a livelihood subsidy assistance fund for micro enterprises of at least P10 billion from money authorized under the pending third Bayanihan stimulus law.

The quarantine, currently at a setting known as modified enhanced community quarantine (MECQ), has significantly affected the operations of micro, small and medium enterprises and cost the economy an estimated P120 billion, according to Mr. Lopez.

“Based on an average improvement of around 30% in jobs and firms operating in MECQ compared with ECQ, the rough estimate of GDP (gross domestic product) loss during MECQ can be around P120 billion,” he said.

Mr. Lopez has said the two-week ECQ implemented in Metro Manila and nearby provinces before the easing to MECQ cost the economy about P180 billion.

He said in an ANC interview on Friday that increased hospital bed and intensive care unit capacity and an improved contact-tracing system are necessary before Metro Manila and nearby provinces can be placed under the more relaxed general community quarantine (GCQ).

“We believe… if we are able to really ramp up the ICU beds… and at the same time really have an efficient contact tracing… before the end of May, it’s possible that we move to GCQ and have granular lockdowns,” he said.

The government launched on Friday a safety seal certification program for establishments as a pandemic containment measure.

The Trade department has said certified establishments will be provided with a certification sticker, which should be displayed at each entry point.

An establishment with a safety certification signifies compliance with the required safety protocols.

Safety certification, however, is not mandatory, according to Mr. Lopez.

Also on Friday, Mr. Lopez said there are ongoing discussions among government agencies and private institutions to simplify the procedure for the entry of vaccine companies.

“We had a meeting with the Anti-Red Tape Authority, Food and Drug Administration and other agencies to work on the instructions of the President to provide a green lane procedure in the processing of the entry of vaccine manufacturers,” he said.

Asked how much the government can procure from the vaccine makers, he said: “It will depend on the future requirement of the government for its vaccination program.” — Arjay L. Balinbin

Half of British population has had first COVID-19 vaccine