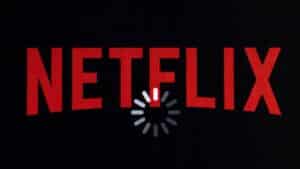 Shares in Netflix have plunged by 11% after subscriptions grew by a weaker than expected four million at the start of this year following a record 2020.

The first quarter figure compares to 15.8 million net additions in the same period a year ago as the streaming service was boosted by consumers staying at home during the pandemic.

Netflix blamed the “big COVID-19 pull forward” it experienced in 2020 as well as production delays caused by the outbreak – resulting in a weaker content offering – for its falling short.

The business, known for series such as Bridgerton and The Crown, had pencilled in subscriber growth of six million for the January-March period.

It is now projecting net additions of just one million for the second quarter, a far cry from the highs of last year when subscriber numbers rose by 10.1 million in the April-June period and by a record 37 million for the year as a whole.

Netflix said: “We continue to anticipate a strong second half with the return of new seasons of some of our biggest hits and an exciting film line-up.

“In the short term, there is some uncertainty from COVID-19; in the long term, the rise of streaming to replace linear TV around the world is the clear trend in entertainment.”

Netflix is facing increased competition from new streaming services that have been set up by traditional broadcasting companies such as Disney+, which passed 100 million subscribers in March.

But it said it did not believe “competitive intensity” was a factor in the disappointing figures.

She added: “Low production costs helped but didn’t compensate for the slow revenue stream due to less production as well.

“It appears that Netflix started feeling the pinch of the end of the lockdown measures and the company could be reaching its potential for now.”

A Guide on How to Avoid Overdraft Fees

UK export revenues decline by 6% in the past year

Unemployment rate jumps to three-month high in May