Peso rises vs dollar on expectations of vaccine deliveries 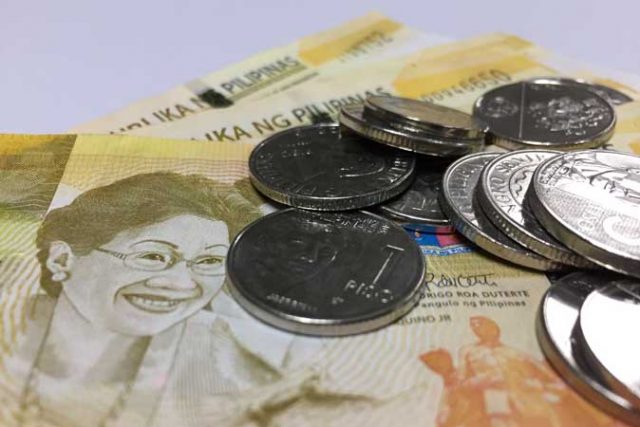 THE PESO appreciated versus the greenback on Monday amid positive sentiment on the expected arrival of more vaccine doses within the month.

The local unit closed at P48.35 per dollar on Monday, gaining three centavos from its P48.38 finish on Friday, data from the Bankers Association of the Philippines showed.

The peso opened the session at P48.36 per dollar. Its weakest showing was at P48.425 while its intraday best was its close of P48.35 against the greenback.

Dollars exchanged stood at $784.3 million, declining from the $950.11 million logged on Friday.

The peso appreciated on the back of the expected arrival of more vaccine doses in the country, Rizal Commercial Banking Corp. Chief Economist Michael L. Ricafort said.

World Health Organization Country Representative to the Philippines Dr. Rabindra Abeyasinghe told a Palace briefing on Monday that doses from the global vaccine initiative facility will arrive in the country within April and in May.

About 1.48 million doses have already been administered in the country since the country started its inoculation drive in March, Presidential Spokesperson Herminio “Harry” L. Roque said on Monday.

Meanwhile, lower benchmark yields in the US also caused some appreciation in the local unit, a trader said.

“The peso appreciated as US interest rates continue to decline from safe-haven demand owing to renewed geopolitical tension between the US and Russia,” the trader said in an email.