Tech-enabled coffee chain to expand in the Philippines, six other markets this year 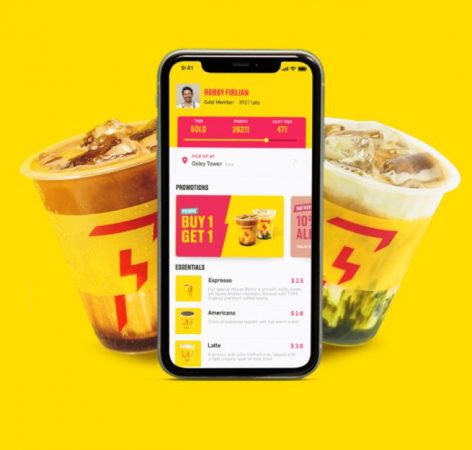 Flash Coffee, a Singapore-based, tech-enabled coffee chain, announced that it raised $15 million in Series A funding in a round led by White Star Capital, with participation from investors including Delivery Hero-backed DX Ventures, Global Founders Capital, and Conny & Co.

The Series A round sets the total capital raised to $20 million, and will be used to expand the brand in 10 markets across the Asia Pacific this year, including seven new markets: Hong Kong, Taiwan, South Korea, Japan, Malaysia, the Philippines, and Vietnam.

The company aims to digitize the offline-dominated coffee industry with a consumer app that has a streamlined pick-up feature, loyalty program, personalized promotions, and interactive challenges. It also has a barista app that improves operational store efficiency and enables performance-based incentives for its baristas.

“Flash Coffee’s business model has proven successful during the pandemic in all of its markets,” said co-founder and Chief Executive Officer David Jonathan Brunier. “Our app’s pick-up feature together with our focus on grab-and-go locations enable customers to pick up their orders quickly and safely.”

Drinks in the coffee menu are curated by World Latte Art Champion Arnon Thitiprasert, and are also available in custom packaging through delivery platforms like Foodpanda and Grab.

“Not implementing a tech-first strategy is an antiquated way of doing business,” said Mr. Brunier. “This model is better suited for young, lifestyle-savvy middle-class consumers.”

PHILIPPINE COFFEE MARKET
The coffee chain launched in January 2020, and operates 50 locations across Singapore, Thailand, and Indonesia. It plans to open its first 10 branches in the Philippines in the second half of 2021, with the first locations in Metro Manila.

In an e-mail interview with BusinessWorld, Mr. Brunier said that the Philippine coffee chain market’s appeal is due to the high population density in the country’s key cities, a rising middle class eager to try new products, and an ever-growing coffee per capita consumption.

“We see a very large potential for disrupting the Philippines’ coffee industry with our high-quality coffee at affordable prices,” he said. “Given the fact that mobile usage is especially high in the Philippines, we also foresee our intuitive and convenient consumer app to revolutionize the way Filipinos enjoy their daily caffeine fix.”

Coffee from well-known brands is expensive and hence inaccessible to the Asian middle class, Mr. Brunier said, referencing as an example the average daily income in the Philippines being equivalent to the price of three Starbucks lattes.

For the majority of industry players, the operational backend (shops, stock management, purchasing, and staffing) is mostly offline, which opens opportunities for digitization and optimized processes.

“Customers are constantly paying high prices for coffee from large outlets with extensive seating in expensive neighborhoods, while the majority of orders are grab-and-go and delivery,” he added. — Patricia B. Mirasol

Brazil investigates reports of vaccines being exchanged for illegal gold

US hearing on China competition told research funding falling behind