How Bernie Madoff fooled the world 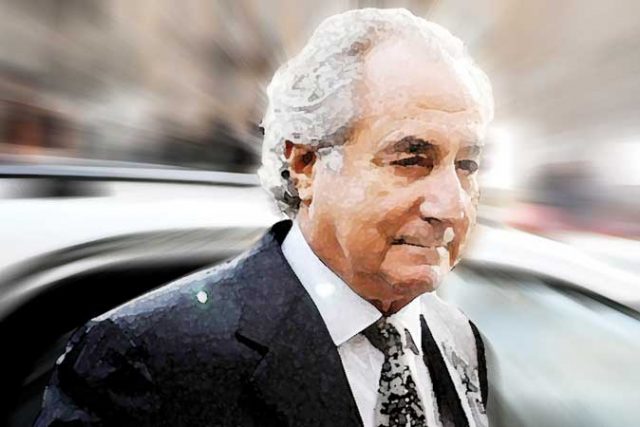 BERNARD MADOFF has gone to meet his maker, but we have not heard the last of him. Like Charles Ponzi before him, his name has already become part of the financial lexicon, shorthand for how financiers can exploit human nature for profit.

Ponzi, with a plan involving airmail stamps, gave his name to investment plans that pay old investors with money they take in from new investors, and do not make the underlying investments that they claim. Sadly, there have been plenty more such schemes since Ponzi died in 1949, many of which came to light like Madoff’s in the wake of the financial crisis of 2008. But Madoff took the Ponzi concept to extremes nobody had previously thought possible. The news that he had been arrested and charged with running a Ponzi scheme then estimated to be worth $65 billion was one of the greatest of all the shocks of 2008. Across the world of finance the reaction was the same when the news hit screens: “How is this even possible?”

More than a decade later, we can begin to see the secrets of Madoff’s success. As he departs, we should all understand the key principles that allowed him to get away with what he did for so long:

o He was disciplined. The scheme was internally consistent, records were kept, clients received fictitious statements on a regular basis, and those who wanted to withdraw cash received it promptly. Close examination of those statements might have raised concerns but he also worked out how not to raise such alarm;

o Consistency was his distinction, rather than anything spectacular. Everyone knows the cliche that if something looks too good to be true, it probably is. Judged in its totality, Madoff’s investment record was far too good to be true. But no one year ever looked that great. He simply continued compounding his “gains” at a rate of 10% or thereabouts, year after year. He never claimed to do better, even if the market was up 20%. It was only after he had been operating for many years that statisticians could call foul. His very consistency eventually became statistically impossible to believe, but each individual year, in itself, was perfectly plausible;

o He understood that conservative people can be conned by the right kind of trickster, and not just the greedy hoping to make a fast buck. Madoffs’ victims weren’t in many cases wildly greedy, or star struck by some improbable way to make money in a hurry. They saw investing with Madoff as a trustworthy and conservative way to ensure that their savings would gain steadily;

o Exclusivity will help you sell anything to anyone. Madoff did not advertise his scheme. And he had a well-practiced schtick of telling friends who asked if they could buy into his funds that they were full and that there was nothing he could do for them — only to relent and say that he could find a way in for them. In such circumstances, people feel privileged to be allowed in and perceive something special in what they are buying. It is almost a virtue that your fund is not regulated and lacks transparency. A decade later, alternative assets such as hedge funds and private equity continue to benefit from this;

o You don’t even need a great story to persuade people to invest with you. On the rare occasions that Madoff talked about his investing strategy in public, he was almost comically imprecise. Replicating his results was impossible; but as he hadn’t told people enough to try to replicate them, he could avoid detection;

o Utter ruthlessness and a sociopathic lack of any concern for others make crime much easier. Madoff deliberately targeted charities and his own religious groups. He stole from his friends. A practicing Orthodox Jew, he stole from his fellow congregants and ransacked the endowment of Yeshiva University, one of the central institutions of the US Orthodox community, where he was the chairman of the board of trustees. One of his own sons was driven to suicide. Cynicism on such a scale is hard for most of us to imagine. In a version of Josef Goebbels’ “big lie,” the more he became involved as a philanthropist, the harder it became to believe that he was stealing from those philanthropies;

o A position in the establishment is great cover. Madoff ran a brokerage, and rose to be chairman of Nasdaq.

Beyond these points, many red flags should have been obvious at the time. His numbers were audited by an accounting firm with only three employees. Several whistle-blowers pointed out that his numbers were too good to be true, but assumed that he was engaged in insider trading, front running, or money laundering, rather than making up his numbers out of thin air.

Gossip that he was up to something was widespread on Wall Street. Several banks wouldn’t touch him. Journalists were sniffing around and Barron’s, one of the most influential voices on Wall Street, had run a piece questioning his numbers as early as 2001. But Madoff’s scheme was so well conceived and organized that he carried on as ever.

Regulatory changes in the wake of Madoff have been minimal. And so perhaps the most sobering thought as he leaves is that without the once-in-a-century crisis of 2008 he might well have died without ever being detected.

An office worker eats his lunch at a convenience store in Seoul, South Korea, June 24. REUTERS/...