Inflows rose 5.1% to $2.477 billion from $2.358 billion in February 2020, based on data released by the Bangko Sentral ng Pilipinas (BSP) on Thursday. This ended two straight months of annual contraction and is the quickest growth rate since the 9.3%  in September 2020.

“The remittances growth can be attributed to the improving economic environment among remittance source economies (like the United States and Middle Eastern countries). We know that many economies have started to reopen,” UnionBank of the Philippines, Inc. Chief Economist Ruben Carlo O. Asuncion said.

However, cash remittances slid by 4.8% from the $2.603 billion recorded in January.

“Month-on-month change was negative but this appears to be a trend over the past few years with January seasonally being a strong remittance month, perhaps with flows still benefiting from bonus-related flows from the OFWs abroad looking to cover tuition and the like,” ING Bank N.V. Manila Senior Economist Nicholas Antonio T. Mapa said in an e-mail.

Filipino workers in the United States were the top source of cash remittances, followed by those in Singapore, Saudi Arabia, Japan, the United Kingdom, the United Arab Emirates, Canada, Malaysia, Taiwan, and Qatar. Remittances from these countries account for 78.3% of the total inflows during the two-month period.

The central bank attributed the uptick in cash remittances to inflows from the United States, Malaysia, and Singapore.

UnionBank’s Mr. Asuncion is keeping an optimistic outlook for remittances as some host countries are showing signs of economic recovery.

“This view is still predicated on the better-than-expected US economic recovery this year supported by the IMF (International Monetary Fund) global growth expectations upgrade. Moreover, the slow but steady oil price recovery may continue to prop economic recovery of Middle East economies that are hosts to a large part of Filipino overseas workers,” he said.

The IMF expects the global economy to grow by 6% this year, much quicker than its previous 5.5% outlook, in anticipation of a “vaccine-powered” recovery by the second half of 2021.

On the other hand, Mr. Mapa flagged downside risks caused by the renewed restriction measures in some countries that are seeing a surge in COVID-19 cases.

“Upside gains for remittances, however, may be limited given the substantial drawdown in the stock of OFWs due to repatriation and the recent shutdowns experienced in select countries around the world,” he said.

Still, Mr. Mapa is banking on remittance inflows to support the peso’s strength, although it may have a muted impact on consumption.

This year, the BSP expects remittance inflows to grow by 4% amid improving global economic prospects. If realized, this will be a turnaround from last year, when cash remittances for the first time since 1999 fell by 0.8% to $29.903 billion. 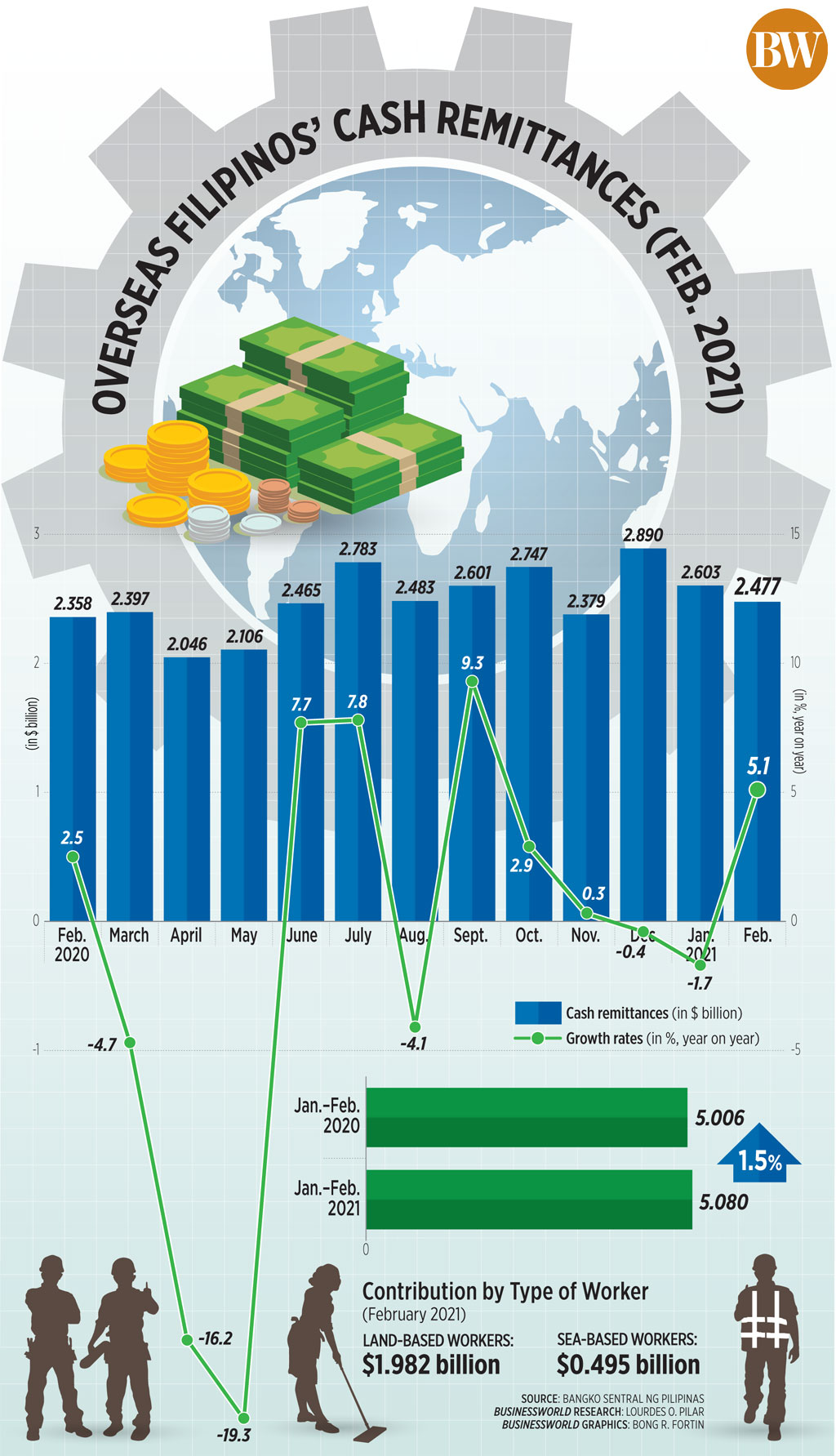 Creating Your Own Sports Prediction Company

How to Stay Safe while Jet Skiing

Jet skiing is a fun and safe water sport with many physical and health benefits. However, as...

Getting to Know You: Frank Farricker, President of Lockwood and Meade Real Estate