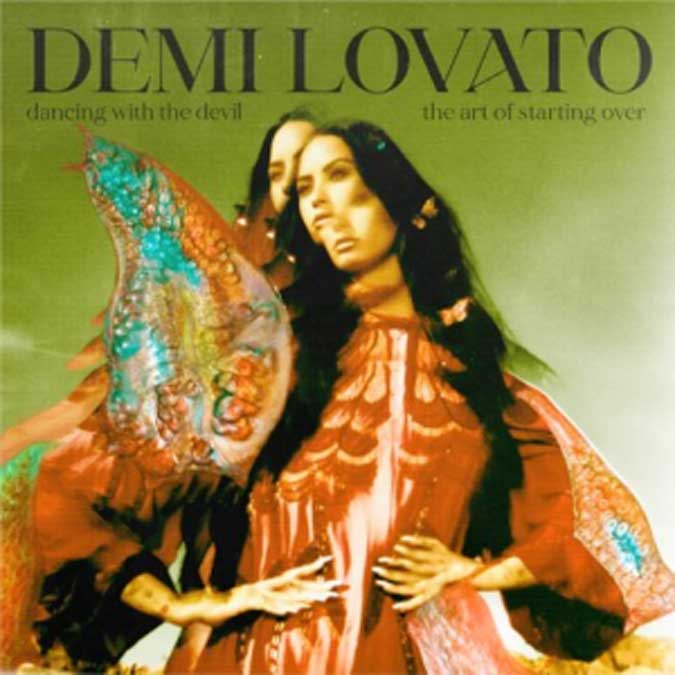 FOUR years after the release of her last album, Demi Lovato (Demitria Devonne Lovato) makes a comeback and gets personal in her seventh studio album after a difficult time in her life.

The singer-actress was first seen as a child actor in Barney & Friends in 2002. She rose to fame in 2008 with her role as Mitchie Torres, starring alongside the Jonas Brothers, in the musical film Camp Rock which aired on the Disney Channel. After her stint with Disney, Ms. Lovato pursued a music career and has won 61 awards including four American Society of Composers, Authors and Publishers (ASCAP) Pop Music Awards, 14 Teen Choice Awards, and the 2016 GLAAD Vanguard Award.

Breaking six years of sobriety, Ms. Lovato was taken to hospital in 2018 after she was found unconscious in her home in Los Angeles. This period in her life is deeply reflected in her new album.

Imitating an emerging butterfly, Dancing with the Devil … the Art of Starting Over‘s cover art is a visual representation of the 28-year-old singer’s new songs in the album.

In an interview with YouTube RELEASED, Ms. Lovato said that the album best represents her “as a human.”

“I feel like I have evolved so much on a personal and spiritual level that my music finally reflects me who I really am, and not just who I am trying to be as an artist,” she said.

The album opens strong with “Anyone,” an emotional ballad that showcases Ms. Lovato’s powerful diva-esque belting vocals. It is as if she is crying for people to hear her story as she sings: “Anyone, please send me anyone. Lord, is there anyone? I need someone.”

The mood shifts on the second track, “Dancing With The Devil.” Its lyrics — “I’m told you I was okay, but I was lyin'” — are in contrast to its upbeat sound as it tells of the singer’s struggle with intoxication and her near death experience.

The title of “ICU (Madison’s Lullabye)” is word play on the phrase “I see you.” As shown in the docu-series, the song recalls the singer’s first encounter with her younger sister after waking up temporarily blind after a stroke.

The music takes a break where Ms. Lovato says, “Let me take you on a journey. One that sheds the skin of my past and embodies the person I am today.” It is followed by a groovy R&B track, “The Art of Starting Over,” signifying her life after her overdose.

The second half of the album transitions into more pop songs such as “Melon Cake” and “Met Him Last Night” (a track with sounds more like those of its featured artist, Ariana Grande).

The latter minutes slow down with optimistic songs such as the guitar-driven “Good Place” with the chorus: “Now I’m in a good place, took a while to feel this way. No longer have to save face.”

Ms. Lovato joins the roster of artists who have opened up about a difficult period in their lives through their body of work. Though the singer is known for her belter vocal prowess, the album finds its strength in the honest and straightforward songwriting. The songs make good anthems that will resonate with anyone who has powered through a tough period.

Dancing with the Devil … the Art of Starting Over is available on music streaming platforms. For more information, visit http://www.demilovato.com/.

Peso’s plummet in value and its impact on Filipinos

Gross borrowings drop 33% as of end-October

Construction of the world’s biggest radio astronomy facility, the SKA Observatory, begins today. The observatory is a global project 30 years in the making....