The uncomfortable legacy of the ‘Washington Consensus’ 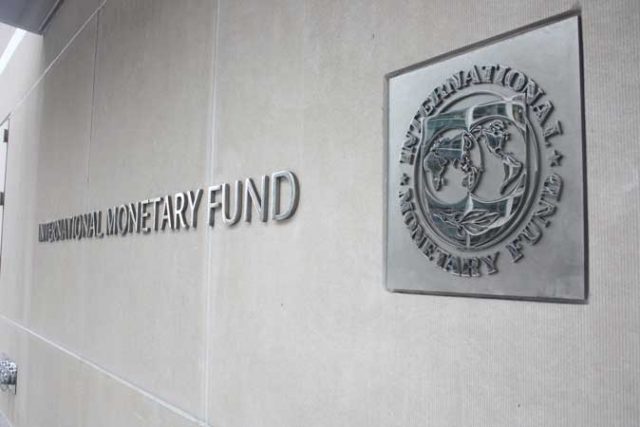 IN ECONOMICS, the once heretical is now almost virtuous: central banks funding massive fiscal stimulus, deficits blowing out, de-emphasized inflation fears, and a degree of skepticism about markets. This isn’t limited to rich countries. A time traveler from the 1990s would scarcely recognize some emerging markets today.

Especially if that voyager was a proponent of the “Washington Consensus,” a view of reforms for ending boom-and-bust cycles in Latin America in the late 1980s. The notion became shorthand for market-friendly policies practiced in — some might even say prevailed upon — the developing world. John Williamson, the economist who formulated what became a controversial term, died over the weekend.

Williamson often said he was simply describing a view, prevalent in DC around 1989, about the mix of markets and government that would drive prosperity in Latin America. The Washington Consensus came to have broader connotations, though, and was tossed around as if it were a right-leaning doctrine popular among certain Beltway and Wall Street types. To adherents — and foes — it involved dismantling capital controls, loosening exchange-rate strictures, reining in state spending, closely monitoring inflation and encouraging privatization. In short, markets ought to occupy a central role in economic life.

Although Williamson came to have reservations about some interpretations, his phrase captured the zeitgeist. The Cold War had been won. Markets were supreme. Even China appeared to be embracing a form of capitalism. The state was out, or so it seemed. Yet the Asian financial crisis toward the end of the 20th century challenged that school of thought. It has been further diminished by the policy responses to the COVID-19 pandemic.

Before I arrived as a reporter in Kuala Lumpur from Sydney in 1996, Williamson’s term barely came up. Then suddenly it was everywhere. Markets boomed and money poured into Southeast Asia, via foreign direct investment, portfolio flows, and no small amount of speculative cash. Governments courted this capital as a path to rapid development, and many officials were eager to show their Western-oriented commercial bona fides. It was the era of “tiger economies” — until the hot money began to flee in mid-1997. Severe downturns followed, along with bailouts and, in some cases, the fall of long-ruling leaders and governing political parties.

By the time the Asian financial crisis subsided in 1999, the tides had shifted. Some thought the two pillars of DC policy orthodoxy, the International Monetary Fund (IMF) and the US Treasury, had overstepped. They demanded too much austerity and excessive re-engineering of financial and economic structures as conditions for emergency loans. A photo of Michel Camdessus, the managing director of the IMF, folding his arms and leaning over then-Indonesian President Suharto in 1998 became a damaging symbol of Western supremacy over Asia. Or, at least, ascendance of Western economic thought. That didn’t sit well with local leaders chafing at harsh recommendations and, they claimed, no small amount of schadenfreude from Washington. The region had been doing rather too well before the crisis and needed a comeuppance, or so the conspiratorial argument ran.

In neighboring Malaysia, Prime Minister Mahathir Mohamad took a very different path. Watching the ringgit tumble and fearing that an eventual IMF loan would carry unacceptable conditions, he fixed the exchange rate and imposed some capital controls. He fired and later imprisoned Anwar Ibrahim, his deputy and finance minister, who was seen to have courted elite American opinion too overtly. Mahathir also dismissed top officials at the central bank, who he thought were too orthodox. Critics — I was often one of them — predicted this would be the end of his political career and possibly of Malaysia. We were wrong. Mahathir survived and the economy rebounded. In Indonesia, meanwhile, the IMF and Treasury were ultimately forced to relax conditions, as sectarian violence and a deep recession threatened the viability of the state. Suharto eventually fell in 1998.

The IMF these days is so touchy-feely it’s unrecognizable from the organization feared in the 1990s. The lender no longer admonishes member states for pumping fiscal stimulus into flagging economies. The biggest global economic contraction since the 1930s left policy makers with little appetite for cookie-cutter approaches. Whatever works. The IMF has refrained from lecturing developing nations undertaking quantitative easing and, in the case of Indonesia, outright debt monetization. It talks exhaustively about poverty and inequality, and frets about the lopsided global economic recovery. The central theme of last week’s virtual meetings with the World Bank was “giving everyone a fair shot.”

Speaking at the World Bank in 2004, Williamson recognized his idea had morphed into a phrase that was “hopelessly compromised in public debate.” He said too much pressure had been applied too quickly on countries to absorb the free flow of money. “I can understand why anyone who has been brainwashed to think of the term… as a neoliberal agenda, would reject it as unhelpful.”

Washington Consensus was much less than a doctrine and certainly not a nefarious plot to bring Asia to heel. For that misperception, don’t blame Williamson, but the climate of the times.