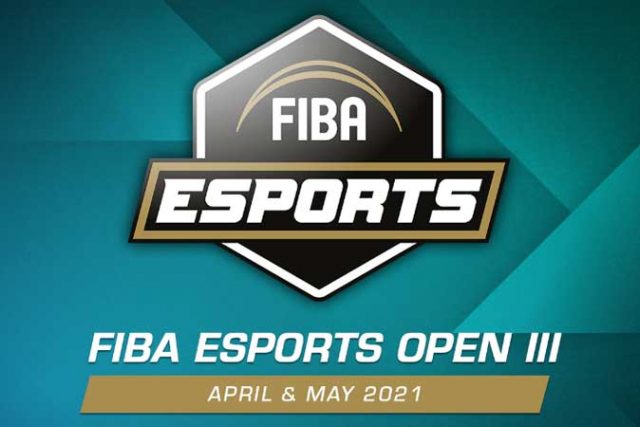 WHEN the third edition of the International Basketball Federation (FIBA) Esports Open tips off on Friday, April 16, it will feature an expanded field of 60 national teams.

The number is up from the 38 in the previous iteration of the tournament which gathers top esports teams in the world, including from the Philippines.

As in the second FIBA Esports Open, there will be six regional conferences.

Six teams will battle it out in the Southeast Asia, Africa, and Middle East conferences while North & Central America will have eight sides. South America will have seven teams while 27 will play in the Europe Conference.

For the first time, the North & Central America and Europe Conferences will consist of two divisions: Current Generation (PS4) and Next Generation (PS5).

Group stage games are scheduled for Friday and the best-of-three Play-Off series will follow on Saturday and Sunday.

There are three different weekends for the FIBA Esports Open III. Starting the competition off will be the Southeast Asia, Africa, Middle East Conferences on April 16-18, to be followed on April 23-25 by the North & Central America (Current Generation) and Europe (Current Generation).

The Open concludes May 7-9 and will involve North & Central America (Next Gen), Europe (Next Gen) and South America.

The tournament will mark the third straight time that the Philippines will take part in the Open.

Team Philippines, or “E-Gilas,” was among the winners in the first edition of the FIBA Esports Open held in June, ruling the Southeast Asian conference by sweeping Indonesia in their five-game series.

In the second edition in November, it finished runner-up to Australia in the reconfigured Southeast Asia/Oceania conference. The E-Boomers swept the Filipinos in their best-of-three finals.

For the about-to-start tournament, E-Gilas will have to contend against an expanded field which is divided into two groups.

The Philippines is in Group I with Vietnam and Maldives while Group 2 features Indonesia, Sri Lanka, and Mongolia.

Samahang Basketbol ng Pilipinas officials shared to BusinessWorld that E-Gilas will be composed of “practically the same team” that saw action in the second edition. As part of its preparation, the team has been having “friendlies” with the other countries in the lead-up.

For the Africa Conference, meanwhile, competing are the Ivory Coast, Egypt, Tunisia, Gabon, Togo, and Madagascar.

North & Central America Current Gen will see Barbados, Costa Rica, Honduras, and Mexico fight it out while in the Next Gen it will be the United States, Canada, Dominican Republic, and Puerto Rico.

South America, for its part, has Argentina, Uruguay, Guyana, and Colombia (Group 1) and Brazil, Venezuela, and Chile (Group 2).

In coming up with the FIBA Esports Open, the world basketball governing body looks to add further dimension to it as an organization while also affording the basketball community more action amid the coronavirus pandemic. — Michael Angelo S. Murillo