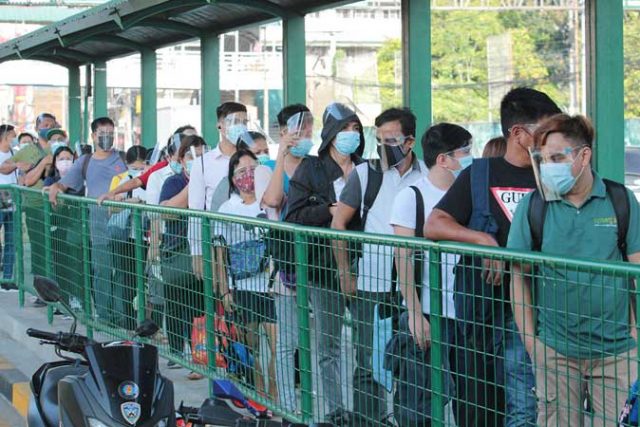 THE DEPARTMENT of Health (DoH) reported 11,378 coronavirus infections on Monday, bringing the total to 876,225.

The agency on April 2 reported the highest daily tally of 15,310 cases since the pandemic started last year.

DoH said 21 duplicates had been removed from the tally and 34 recovered cases were reclassified as deaths. Six laboratories failed to submit data on April 11.

About 10.1 million Filipinos have been tested for the coronavirus as of April 10, according to DoH’s tracker website.

The coronavirus has sickened about 136.7 million and killed almost three million people worldwide, according to the Worldometers website, citing various sources including data from the World Health Organization.

About 110 million people have recovered, it said.

Meanwhile, hospitals in Metro Manila and nearby provinces failed to increase their beds for coronavirus patients due to late payments from the state insurer, DoH said.

The biggest problem of hospitals is the Philippine Health Insurance Corp.’s inability to pay, Health Undersecretary Leopoldo Vega told a televised news briefing on Monday. “It’s difficult to provide extra allocation for beds if you don’t have enough financial resources,” he said in Filipino.

President Rodrigo R. Duterte has ordered the state health insurer to fast-track payments of unsettled claims to hospitals. The agency has created a debit-credit payment method to facilitate the settlement of accounts.

This allowed the agency to secure more than 1,000 private and public hospital beds for coronavirus patients, Mr. Vega said. About 142 ward beds that could be used for patients with severe cases were also secured.

The National Center for Mental Health had been tapped to house as many as 960 coronavirus patients, he added.

The Greater Manila area was placed under an enhanced community quarantine after a fresh spike in coronavirus infections put a strain on the country’s healthcare system.

A number of coronavirus patients reportedly sought treatment outside the capital region after being turned down by hospitals there.

Meanwhile, the government could no longer extend more cash aid to low-income households affected by quarantine restrictions because it had run out of funds, presidential spokesperson Herminio “Harry” L. Roque, Jr. told a televised news briefing.

There are funds for coronavirus-related expenses but not for aid, he said. Congress can pass a third stimulus law if needed, he added.

Mr. Duterte on Sunday lifted the strict lockdown in Metro Manila and the provinces of Bulacan, Rizal, Laguna and Cavite.

The Palace official earlier said the extension of the lockdown would be based on the capacity of the government to subsidize affected residents in the capital region.

He said the National Government would have to ask Congress for supplemental funds if the lockdown were to be extended.

The government released P23 billion in emergency subsidies to local governments on April 6, more than a week after the metro and nearby areas were placed under the strict quarantine. The aid was expected to benefit more than 22 million people.