Peso may rise vs dollar on remittances data 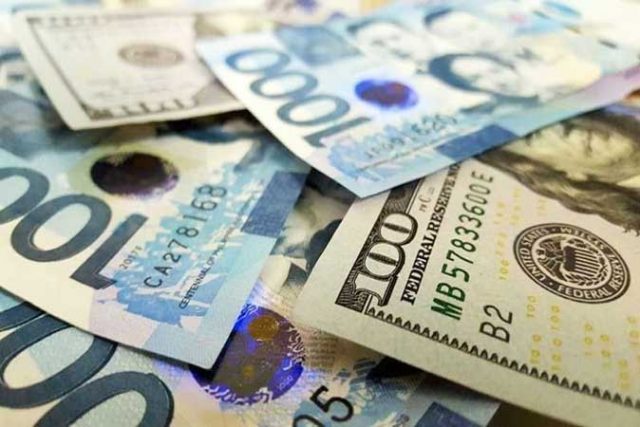 THE PESO could strengthen versus the dollar this week on the back of an expected recovery in remittances.

The local unit finished at P48.54 against the greenback on Thursday, gaining 4.5 centavos from its P48.585 close on Wednesday, data from the Bankers Association of the Philippines showed.

Meanwhile, it depreciated by a centavo from its P48.53-per-dollar finish on March 31.

The market was closed on Friday in observance of the Day of Valor.

Merchandise imports fell 5.6% to $16 billion in the first two months of 2021 from $16.96 billion a year earlier, data released by the Philippine Statistics Authority on Thursday showed. For February alone, merchandise imports rose 2.9% to P7.9 billion.

The IMF’s World Economic Outlook released on Tuesday said the multilateral lender expects the global economy to pick up this year with a growth of 6.5% from its previous 5.5% estimate on additional fiscal stimulus in large economies and an anticipated vaccine-induced recovery in the second half of the year.

The IMF also upwardly revised its growth forecast for the Philippines to 6.9% from 6.5% due to base effects following the record 9.6% economic contraction seen in 2020. It, however, warned that the virus surge and the lockdown are “substantial” threats to recovery.

For this week, Mr. Asuncion said market expectations of an uptick in remittances could push the peso up versus the dollar. February remittances data will be released by the Bangko Sentral ng Pilipinas (BSP) on April 15.

Cash remittances in January declined by 1.7% to $2.603 billion from a year ago, based on central bank data.

Meanwhile, Mr. Ricafort said the market will await the government’s decision on the lockdown in Metro Manila and some nearby provinces.