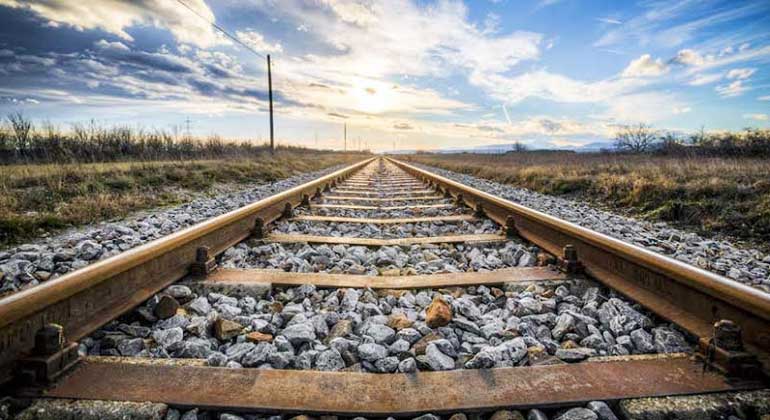 Rail operations to be limited

Rail officials on Sunday said they would scale down operations this week as they continue to conduct coronavirus mass testing for their workers.

“We found that 60% of our workers had direct or indirect exposure to asymptomatic cases,” Philippine National Railways (PNR) General Manager Junn B. Magno said at an online news briefing.

Ninety-one PNR workers have tested positive for the coronavirus, he added.

Out of 604 employees of the Metro Rail Transit Line 3 (MRT-3) who got tested, 107 were positive, Director Michael J. Capati said at the same briefing. Many of them were station staff and drivers.

Meanwhile, 94 out of 281 Light Rail Transit Line 1 (LRT-1) workers who got tested had been infected, said Fidel Igmedio T. Cruz, Jr., transport assistant secretary at the company, which has 1,185 workers. Most of them did not show symptoms, he added.

Hernando T. Cabrera, a spokesman for the Light Rail Transit Authority said 136 out of 529 workers at the LRT-2 had tested positive for the coronavirus. The line has 1,696 workers.

Starting Monday, only 10 to 12 MRT-3 trains would be dispatched, according to the Transportation department.

“The trains will be operating with a limited capacity of 372 passengers per train set or 124 passengers per car to comply with the predetermined number of passengers per station,” it said in a statement. LRT-1 will deploy 17 trains, while LRT-2 will dispatch five trains.

Buses will be augmented to accommodate passengers who will be affected by railways’ limited operations, the agency said. — Arjay L. Balinbin

THE SUPREME Court has extended the closure of trial courts in Manila, the capital and nearby cities and provinces after President Rodrigo R. Duterte lengthened the strict lockdown until April 11.

Court hearings would remain suspended except on urgent matters, the tribunal said in a circular released on Saturday night. The deadline for pleadings due on March 29 to April 11 was extended to April 19.

Only pleadings and other court submissions on urgent matters may be filed.

“The respective heads of offices within these courts are directed to maintain a skeleton staff, as may be necessary, to attend to all urgent matters, including the payment of salaries,” according to the order signed by acting Chief Justice Estela M. Perlas-Bernabe. — Bianca Angelica D. Anago

A LAWMAKER urged the government to impose a “household lockdown” amid a fresh surge in coronavirus infections in Metro Manila.

Household members of a family with at least one positive case should be prevented from leaving the house, Marikina Rep. Stella Luz A. Quimbo said in a statement on Sunday.

“A more localized lockdown needs to be implemented at the smallest possible unit — the household,” she added.

Companions of the COVID-19 patient should be presumed to be positive and should be barred from leaving the house, Ms. Quimbo said. Local governments must help deliver basic goods to such families, she added.

“Keeping lockdowns at the household level will allow local government units to not only target their meager resources effectively but more importantly, it will allow them to properly track and record the correct number of COVID-19 cases in their areas,” she said. — Gillian M. Cortez

A LAWMAKER on Sunday asked the government to fast-track vaccine rollout during the extended strict quarantine in the capital region and nearby provinces.

In a statement, Party-list Rep. Carlos Isagani T. Zarate said an effective COVID-19 vaccination rollout and better contract-tracing and isolation measures should be.

“Without massive free mass testing, aggressive contact-tracing, effective and timely isolation and treatment, as well as fast-tracked vaccination rollout, extending the lockdown would be next to pointless as this does not squarely address the problem of COVID-19 infections,” he said.

He said the state should hire more health workers and set up more isolation and treatment centers to minimize crowding in hospitals. — Gillian M. Cortez

THE INTEGRATED Bar of the Philippines (IBP) welcomed the appointment of Alexander G. Gesmundo as the country’s 27th chief justice.

“His experience, dedication and integrity as a public servant will greatly matter as he leads the judicial branch during these challenging times,” IBP President Domingo Egon Q. Cayosa said in a statement at the weekend.

The lawyer’s group said it would work with Mr. Gesmundo to achieve quick justice, which it is lobbying for through the use of technology.

Emirates hopes to see recovery by 2022